The fuel pump test connector (gray wire just behind/below the alternator) may be used to activate the pump by supplying it with 12 volts.  People often use this to drain the fuel tank by plugging the connector to the lead that goes to the underhood light, or, by touching it to the terminal on the back of the alternator where the battery feed cable attaches.

Note,  that the fuel pump test connector does not feed thru a fuse.  Therefore, if one applies 12v to the connector, the pump should run.  If it does not, it would seem to be a problem in the fuel pump, itself, or the wiring going to/from it.

If the pump runs, go back and check the fuse and the relay on the passenger side inner fender.

Aftermarket "hot wire" kits often trigger the new relay off the existing wiring.  Therefore, if the pump works when the test connector is powered, then go back and look at the fuse in the fuse block and the original relay.

If the pump is not running:

1.  Check the fp/inj fuse in the fuse block.  If it is blown, the most common two problems are shorts.  Either in the wiring harness that goes down the front of the engine to the oil pressure sender by the pump, or in the injector harness around the egr valve or the coil mounting bracket where a wire has burned or been pinched so that it shorts out and blows the fuse.  If you unplug the injector harness by the coil pack, and the fuse still blows, then the problem is most likely in the pink/black wire that goes to the oil pressure sender although it can be in the harness somewhere in route to the pump.  If you unplug the harness in the trunk by the drivers side tail light and the fuse does not blow, then the pump may be shorted.  If it does not blow with the fuel injector harness unplugged, then the problem may be in the fuel injector harness.

4.  If the pink/black wire has voltage, then rig a test light, or a volt meter to the dark green/white wire in the connector...while watching the lite, or the meter, turn the key on, and you should see voltage for two seconds before it goes away....this is the trigger from the ecm that initially powers the pump.

5.  If you have power on the pink/black with the key on and power on the dark green/white wire for a couple of seconds when you turn the key on, and the pump ran when you touched the gray wire to the alternator battery stud, then it would seem the factory relay has given up the ghost. 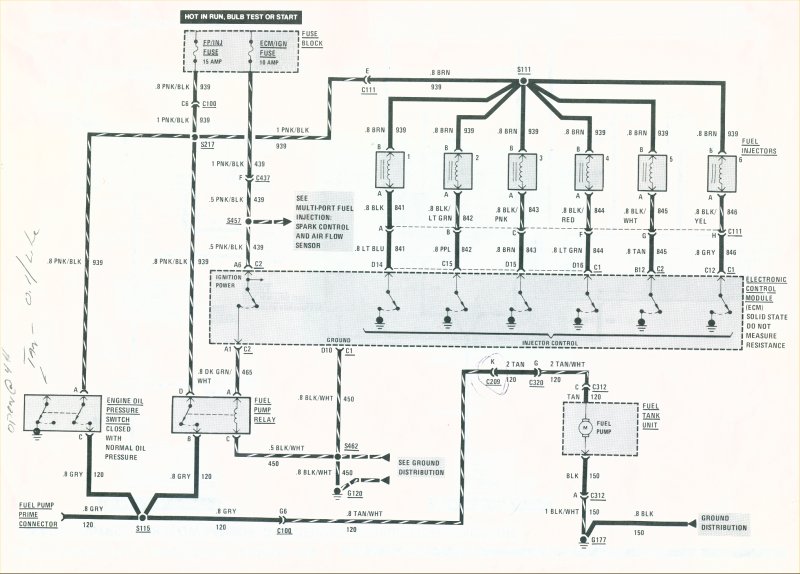 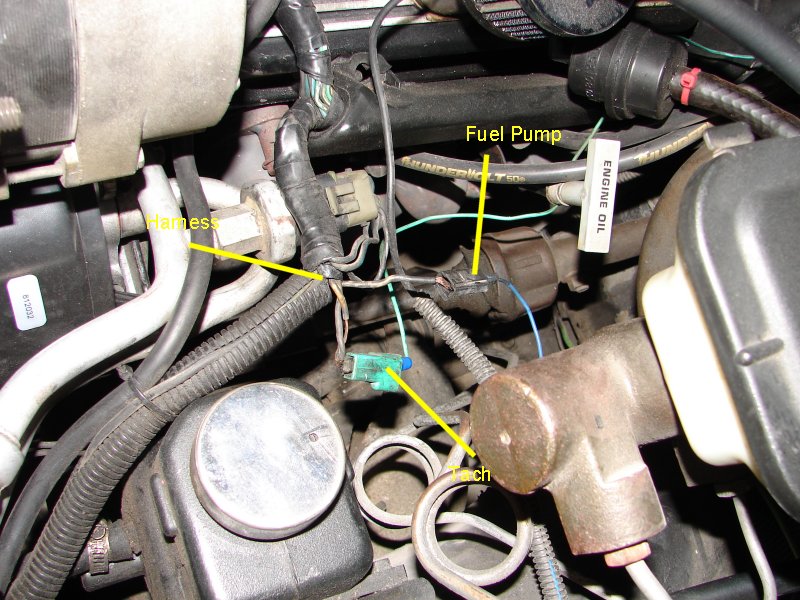